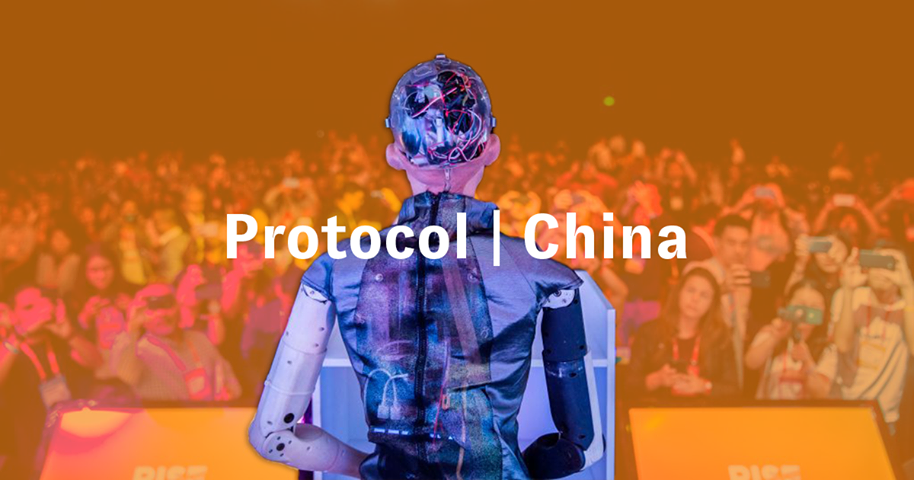 Real estate is part of the learning process in any country who is developing a local financial structure that has not been going into and through crises and depressions caused by speculative trends and conjunctions. Such tribulations are the forming and the correcting tools for the financial system that has not been exposed to real estate collapse or high speculative movements. Former colonialized economies went through this cycle of readjustment given that properties that were build by the former colonial power and the colonialist were left and evacuated while some were taken by the State or the new rising elites. Such concentrated take-over resulted in speculative trends and the implementation an economy of rentiers and rents, which has reduced the economic growth in other sectors and created new classes of real estate owners and landlords as well as poor strata who have exited the country sides hoping to have better dwelling the cities evacuated by the European population. In case of North Africa, the Judaic population had started to leave the Maghreb just and after the creation of Israel completing the Alia, the return to Jerusalem.

In China, particular conditions inherited from the reforms implemented by Deng Xiaoping on the coastal cities who were modernized to receive foreign direct investments to build factories in parternship with local capital mainly extracted from the new “Red Barons” of Fujian, Shanghai and Hong Kong and the Chinese Diaspora in neighboring Asian countries.

What happened in Japan during the time of Reagan administration and financial instability is part of leveraging the use of international financial institutions as substitutes and as instruments to sustain a return to stability which is never attained but just redefined in the terms of the providers of the new financial means and instruments.

The Japanese asset price bubble (バ, baburu keiki, “economic bubble”) was Japan’s economic bubble from 1986 to 1991, with house prices and stock markets greatly inflated [1]. In early 1992, the bubble burst and the Japanese economy stagnated. The bubble was characterized by rapidly accelerating asset prices and overheating economic activity, as well as uncontrolled money supply and credit expansion [2].

Specifically, excessive confidence and speculation in asset and equity prices were closely linked to excessive monetary easing policies at the time [3]. By creating an economic policy that improved the marketability of assets, facilitated access to credit, and encouraged speculation, the Japanese government triggered, prolonged and exacerbated the Japanese asset price bubble [4].

In August 1990, the Nikkei fell to half its peak before the Bank of Japan (BOJ) ‘s fifth monetary policy tightening [2]. At the end of 1991, the prices of other assets started to fall. Although asset prices fell sharply in early 1992 [2], the economic slowdown continued for more than a decade. This decline has led to a massive accumulation of non-performing loans, which has created difficulties for many financial institutions. The bursting of the Japanese price bubble contributed to what many call the lost decade [5]. Average annual land prices in Japan have ultimately risen since the collapse of the asset bubble, albeit slightly at 0.1%, which is a statistically significant 26-year period. [6]

Such adaptation to the new forms of rules and regulations are therefore defined in the terms and conditions of the international financial marketplaces and no more just dependent on the decisions of the national central banks and the central fiduciary state owned agencies.

China is resisting such move and trying to define its own financial institutions through the BRICS participation and as vehicle for its Silk Trade Roads and objectives while trying to circumvent the oversight by US and European banking institutions and their representatives in the World Bank and IMF which can make inroads for control and exposure of China strategies and approaches toward self-sufficiency and international expansion.

The real issue facing US diplomacy toward China is the Investments of US companies, their affiliates and subsidiaries in the Chinese economy.  The US government with its defense of liberalism can only engage in discussions and negotiations but no legislation is voted or applied to limit such financial relations with China.

This dichotomy between the US Diplomacy and the US Commercial Strategy that have ended the traditional continuity of the US Foreign Policy that used to be a continuous linkage with consistency and reinforcement between the succeeding presidential administrations.

The breaking point of such change in the continuity became obvious with the succession of President of Biden to President Trump who was engaging many areas of the US Foreign Policy with certain nationalistic and confrontational approaches that have made some inroads  as it has also codified the way how to achieve independence and autonomy in regards to sharing the same interests and the same objectives.  President Trump was involved in Latin America, Europe, Africa, Middle East and Asia which has dispersed the energy, the focus and the power of influence.  Such spread of engagement allowed China and Russia to advance their positions while enabling regional powers to seek alliances directly with China and Russia or with European countries that felt marginalized by the new US Foreign Policy.

The Great March of China to Ali Baba’s Cave

According to Mao Zedong’s famous expression (1956 interview), America is only a “paper tiger” ( Zhi Laohu ), that is to say that ‘it roars like a tiger but is actually harmless and can be easily destroyed.

When Mao died in 1976, a section of the Chinese Communist Party, led by Deng Xiaoping, set about reforming the economy. Observing the extraordinary economic development of its neighbor, South Korea, Deng Xiaoping decides to liberalize the Chinese economy while retaining the communist political framework: it is the socialist market economy. As he himself says in an aphorism: “It doesn’t matter whether the cat is black or white, as long as it catches mice!” “& Nbsp; Deng, on the other hand, undertakes a double liberalization with the end of the all-state within and the beginnings of opening up with the outside (…)

The Vision of Deng Xiaoping

“There is no reason to fear the proliferation of foreign companies, as long as you keep your cool. & nbsp; We indeed have our inherent superiority, as well as our large and medium-sized state enterprises, our rural enterprises, and above all …

The power is in our hands. Foreign businessmen want to make money. The state gets tax revenue, workers get wages, and what’s more, we can learn about technology and management, get information from it, and open up new markets for ourselves.

Plan and market are only processes. The essence of socialism is the liberation and development of the productive forces, the abolition of exploitation, ultimately leading to common prosperity. This is a truth that should be imposed on everyone. The stock market, for example, is it beneficial or dangerous, is it specific to capitalism, or does it have its place in a socialist system? It is not a forbidden fruit, but it must be experienced in a resolute way. If it works, it can be extended after a year or two. [… To In a word, if we want to bring out the superiority of socialism over capitalism, it is necessary to absorb, to borrow with audacity any element of civilization created by human societies, all modes of organization and efficient management systems specific to each nation in the world today, including developed capitalist countries. “

China thus made, in the space of a single generation (thirty years) its “industrial revolution”, this phase of economic take-off that Europe and America had known a century and a half earlier and which had required, in those regions, two or three times as long. Everything in China happened much faster: the transfer from agriculture to industry, from the countryside to the cities, the emergence of a middle class and the beginnings of mass consumption. Production has thus grown by an average of almost 10% per year. It has increased sevenfold in thirty years. Never seen before.

Never in economic history has such a large country experienced such strong growth for such a long period. However, despite its billionaires, its mushroom towns and its appetite for Western luxury, China was at the beginning of the 21st century a rich country populated by poor people, a young country but with an aging population even before it s’ être enriched. Number two, behind the United States, by its total gross domestic product, it is at the bottom of the ranking, not far from the 100th place, if we take into account the gross domestic product per capita – a more relevant indicator of the standard of living of the population. (…)

To maintain its rank, as the 12th Plan suggests, China must now shift from growth fueled by exports, investment and copying to growth based on household consumption, services and ‘innovation. “Communist”, China actually needs a double revolution: “socialist”, with the establishment of a welfare state, and “liberal”, with the establishment of a rule of law, development real checks and balances and the promotion of the spirit of initiative. The Party and the State say they are working on it.

For example, this is the objective of the project to ensure minimum protection for all citizens in matters of health, unemployment or retirement. It is also the one sought with the effort put on high-level education and training.

At the end of 1978, aircraft company Boeing announced the sale of several 747 planes to PRC airlines, and beverage company Coca-Cola made public its intention to open a production plant in Shanghai. & nbsp; From 1979 onwards, liberal-inspired economic reforms gained momentum, although the Communist-style rhetoric was retained. & Nbsp; The system of communes is gradually dismantled and peasants begin to have more freedom to manage the land they cultivate and sell their products in the markets. At the same time, the Chinese economy is opening up outwards.

On January 1, 1979, the United States diplomatically recognized the People’s Republic of China, leaving the Taiwanese authorities behind. Trade contacts between China and the West are starting to develop.

The countryside is de-collectivized: each farmer now produces in his own interest.

Special economic zones (SEZs), in which foreign investments are authorized, are created on the coast, in Shenzen, Zhuhai, Shantou, Xiamen… & nbsp;

Thanks to trade openness and the inflow of international capital (50% of which comes from Chinese in Hong Kong, Singapore and Taiwan), China can finally make use of its comparative advantage major: a large, disciplined and inexpensive workforce (“workshop country”). From then on, industrial establishments multiplied, half Chinese, half foreign: Bell telecommunications plant (United States) in Shanghai, Jeep automobile factories (United States) in Beijing (Beijing), Volkswagen (FRG) in Shanghai, Peugeot (France) in Guangzhou, etc.

The economic reforms launched resulted in an unprecedented acceleration of economic growth and foreign investment in China during the 1990s. & nbsp; Deng’s policy has lifted hundreds of millions of Chinese out of relatively poor poverty. & Nbsp; China is today, overall, an intermediary country , far from great poverty. Its HDI (0.745) places it 94th in the world (out of 177 countries). Its PPP GDP stands at $ 4,580 per capita, steadily improving. However, such figures are only averages: for the rural population, they are significantly lower. In some ways, the China of the 2000s remains a poor country.

For the past 20 years, however, China has progressed very rapidly . It is even the country in the world with the strongest economic growth. The GDP thus grew by 8.2% per year between 1975 and 2002 and by 8.6% per year between 1990 and 2002, that is to say a multiplication by 2.5 in 12 years, by almost 8 in 27 years! No other country can boast of such economic development that has put the republic on the rails that today make it the second power in the world.